GRE: Prospect forward Linos Chrysikopoulos is being targeted by Panathinaikos.

Former Slovenia national team centre will end a 12-year career in the NBA and return to Europe. Greek powerhouse Olympiacos reached an agreement with the 34-year-old for next season and will materialise what he had already hinted at last year. A holder of Greek citizenship (under the surname Makris), Nesterović was currently without a contract as he had signed with the Toronto Raptors for just one season. This will be his second time playing in the Greek league, since he wore the jersey of PAOK between 1993 and 1995.
Before heading to the NBA in 1999 (Minnesota Timberwolves and San Antonio Spurs, Raptors and Indiana Pacers later on), Nesterović also played for Olimpija in his home country and Virtus Bologna (Italy) with which he won a Euroleague title in 1998. Last season he had averaged of 3.9 points and 2.1 rebounds over 42 games.

GRE: Olympiacos proposed a cut of 25% in the salary of players signed until last season.

GRE/USA: American guard Jamon Lucas is being targeted by Olympiakos. Following a season in which he failed to bring any trophy to Real Madrid, Ettore Messina could have resigned as coach of the team. If officially confirmed, this would be the second time the 50-year-old Italian offered to quit, although now in a definite manner. There is already the name of Evgeniy Pashutin, who recently left CSKA Moscow, on the table to guide the Spanish team, which is already missing newly departured basketball operations director Antonio Maceiras.
Messina was hired mid last year to replace Joan Plaza and is one of the winningest ever coaches in Europe, having guided Virtus Bologna and CSKA to two Euroleague titles each, besides conquering various domestic championships and cups.
UPDATE: Citing several sources, tubasket.com assures Messina will keep coaching Real Madrid.

GRE: Vasilis Fragias is the new coach of Ilisiakos.

USA: Stan Van Gundy will keep at the helm of the Orlando Magic for three more seasons.

USA: Centre Jason Collins will remain with the Atlanta Hawks.

USA: Formr NBA power forward/centre Lorenzen Wright was found dead in a wooded area outside Memphis with a gunshot wound. 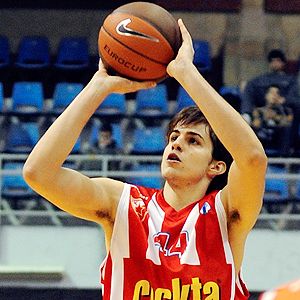 There were Olympiacos, Benetton Treviso and even the team that drafted him in the NBA, the Minnesota Timberwolves, but Nemanja Bjelica decided to go elsewhere. Spanish champions Caja Laboral Baskonia will land the Serbia national team power forward for the next four seasons and the contract will have an NBA clause through which the promising youngster can leave after the 2011-2012 season. The deal is worth 7 million Euros and Baskonia could have paid 1 million Euros for the player.
After playing in Austria for Lions Traiskirchen, the 22-year-old moved to Crvena Zvezda for which he played the last three years. In the Eurocup last season he averaged 8.5 points, 5.8 rebounds, 2 assists and 1 steal over 12 games.